What is a Coma?

A coma is described as a deep state of unconsciousness which the person cannot be woken from even by painful stimulus or shaking and shouting. The person will not respond “normally” to light or sound, does not have a “normal” wake-sleep cycle and does not try to move with any purpose (but there can be some reflex movement sometimes).

We do not know for sure if people in coma can hear or see, but it is likely that they can hear and they may also be able to see when their eyes are open. Anybody in a coma should be treated as if they can hear and understand and it is known that the voices of family and friends can be very important in helping people to wake from comas.

There are “levels” of coma and people in deep comas do not move but those who are in a lighter coma may move, but not with any goal. When someone in a coma yawns a lot, this may be a sign that they will wake up. The depth of a coma is usually measured with the Glasgow Coma Scale which tests the person’s best verbal and motor response as well as looking at the pupils of the eyes.

Brain death is when there has been a permanent stop of all activity in the brain and brain stem (which is at the base of the brain and connects the spinal cord and brain). In other words, the damage to the brain is so bad that the person cannot even digest food, breathe alone or wake up, and this is not going to improve. When a person is brain dead, 2 doctors must test the person independently to diagnose brain death and family members are usually advised to stop heroic measures to save the person’s life, which could include turning off ventilators or agreeing that the person will not be resuscitated.

People in vegetative states – whether persistent (longer than 1 month) or short-lived – have working vegetative nervous system function which means that they tend to have sleep-wake cycles, and can breathe on their own and digest food, but they usually do not follow instructions, speak or interact with their loved ones and have no awareness of their environments or themselves. In other words, these people have woken up from their coma but they are not aware of what is going on around them. Recent research has shown that the parts of the brain associated with emotion respond to them being shown photos of loved ones as though they know them.  Another name for persistent vegetative state is coma vigil (but this isn’t used very often).

People in a “minimally conscious state” are different to those who are comatose or persistently vegetative because they have some awareness. Research indicates that these people have more brain activity during wakeful periods and less when they are asleep and that sounds result in more activity in particular parts of the brain. In particular, the different parts of the brain around the auditory cortex (the part of the brain that recognizes and translates sounds) talk to each other. These people may have some purposeful movement for example they might push away a painful stimulus or take the body part away from the stimulus. Some people pass through this state on their way to waking up and others stay in it. A minimally conscious state lasting for longer than 4 weeks is called a continuing minimally conscious state.

Finally, locked-in syndrome or pseudo-coma is a condition in which the person is conscious and usually totally aware but cannot move, show facial expressions or communicate verbally because of complete paralysis of nearly all of the muscles in the body, except movements of the eyes and blinking. Most people with locked-in syndrome never recover their movement (about 1% do according to the literature) but they may be able to learn to communicate using eye movements and blinking. This is a horrible condition because the person can feel pain, hunger, loneliness, fear and so on and has normal thinking skills but cannot respond to these feelings and cannot communicate them or what they need.

Our elderly might be vulnerable and often neglected, but they are also strong, caring, wise and resilient. They play a vital role within our families and communities, and should be celebrated.Go Turquoise 4 the Elderly #goturquoise4theelderly ... See MoreSee Less

World MS Day brings the global MS community together on May 30 to share stories, raise awareness and campaign with everyone affected by multiple sclerosis (MS).Take a look at our latest blog article on Physiotherapy for treatment of Multiple Sclerosis.physiotherapyteam.co.za/physiotherapy-for-treatment-of-multiple-sclerosis#MS #WorldMSDay #physio #multiplesclerosis ... See MoreSee Less

😂🤣 Haha .. Just a bit of physio humor to put a smile on your face. #physio #physiohumour ... See MoreSee Less 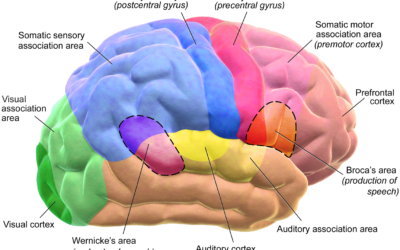 Why is Coma Arousal Therapy Needed?

Why is Coma Arousal Therapy needed? Some patients wake spontaneously, some don’t These patients are (and need to be) designated as “rehab” but will not be a priority in a busy rehab unit where other patients are making daily gains People in comas have specific and...